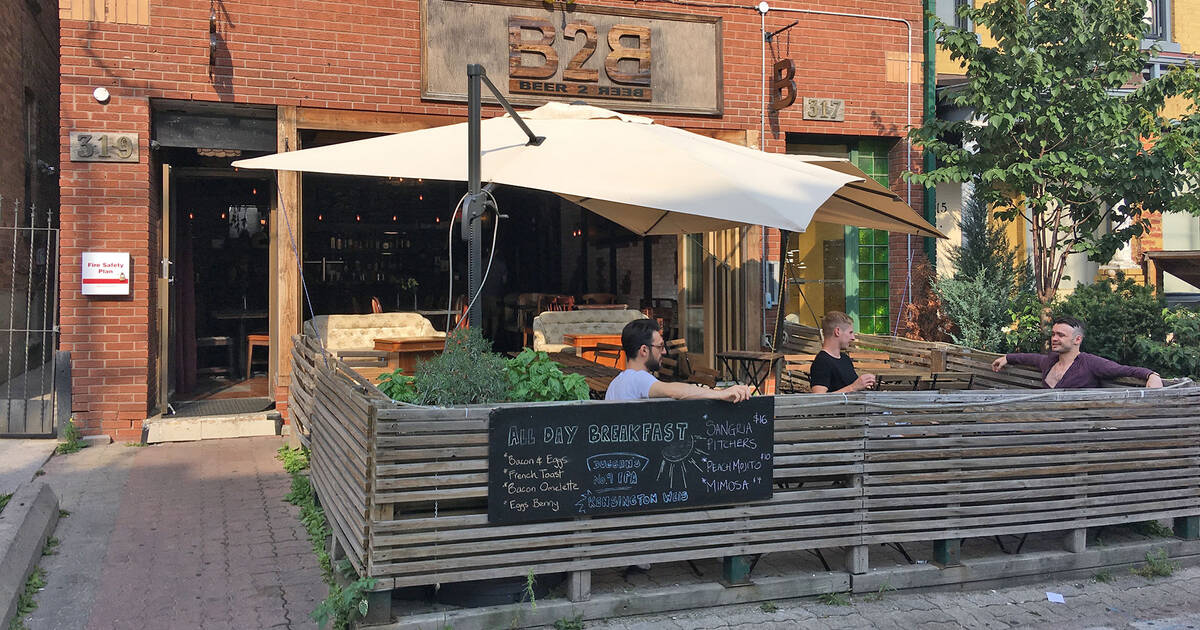 A Kensington Market neighbourhood group is up in arms over the news that a local bar is trying to expand their liquor license.

The Facebook community page Friends of Kensington Market posted a message yesterday morning encouraging its members to protest a liquor license application filed by Beer2Beer, a bar on Augusta that serves local beers and brunch.

The bar, which replaced Templeton’s in 2017, is currently applying for an extension of its already existing liquor license with the AGCO.

If approved, that extension would cover the bar’s back room, which was was recently converted from a storage room into a large event space that will host live performances and movie nights.

But the admin of the Friends of Kensington Market group evidently doesn’t like the idea of a new live venue space in the neighbourhood.

Whoever’s running the group is telling its members to file official objections against the extension before the deadline on December 12.

“We’re objecting to an expansion of a liquor license in an area of the market that has become wall to wall bars, which affects residents in all kinds of ways (from noise to vomit on their front steps),” wrote a Friends of Kensington Market admin.

“Unfortunately, if we don’t get objections in, we have no room to negotiate conditions. If something great is going in there, they should notify residents and smooth the course before putting in for the license expansion.”

Responses from members have been divided: while some have taken the opportunity to bash the bar (“Don’t worry, soon it’ll be Closed2Closed,” somebody wrote), others don’t quite see what all the fuss is about.

“Genuinely would like to know what it is you’re objecting to,” wrote member Heather Meegs.

“Have you actually asked B2B what their plans are vs. what you interpret on the posted sign? How about instead of posting a link on how to oppose it, you post about relevant information and stop NIMBYing.”

It looks like Kensington locals will have to decide whether or not they can agree over the issue of nightlife venues entering and expanding in the Market.

Either way, it’s the AGCO’s decision on whether Beer2Beer will get its liquor license or not.