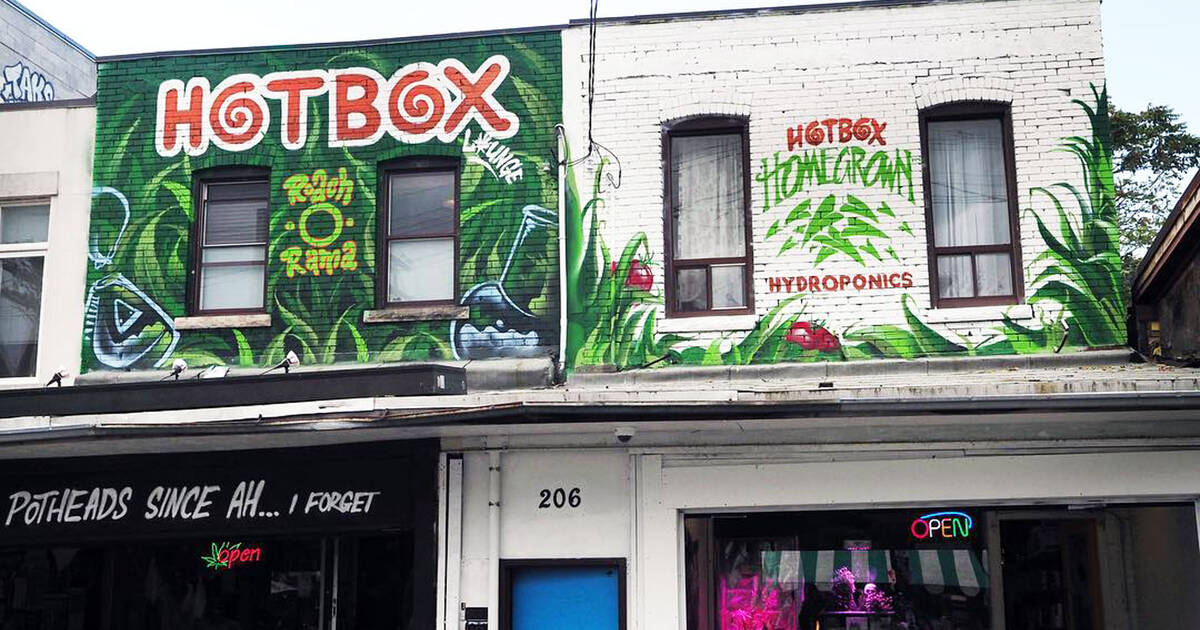 It seems everyone is upset with Ontario’s cannabis lottery licensing process, from lottery losers to longtime pot advocates in the city.

The Alcohol and Gaming Commission of Ontario (AGCO) has officially halted its second round of cannabis licensing following allegations of unfair applicant disqualifications, and now the owner of Toronto’s original weed cafe has launched their own petition to rid the province of the lottery system entirely.

Abi Roach, founder of the Kensington staple Hotbox Cafe—which has been at the forefront of cannabis advocacy since it opened in 2000—has been on a crusade to bring attention to the flaws of the Ontario government’s highly contentious lottery licensing sytem.

“Cannabis is legal now,” she says. “Why can I not apply for a regular license?”

Three weeks ago, Roach launched a petition on Change.org, demanding that the government open up the application process to private companies like any other normal industry.

“The lottery system breeds corruption, regulatory loop holes, and worst of all it has no merit-based need for entry,” says the petition, which currently has 260 signatures.

“Hotbox has been open serving the community for 19 years…We have never been raided, arrested or even ticketed. We have always had public safety and best practices at the heart of our core business philosophy.”

Roach, who is also the Executive Chair of the non-profit cannabis reform group NORML, has been denied the option to apply for Hot Box’s retail license since the first round of the license lottery.

Yet somehow, dispensary chain CAFE, which has continued selling weed illegaly despite multiple raids and even cement blocks,  somehow managed to win the right to apply for a retail operator license this time around, despite the AGCO law that states distinctly otherwise.

Meanwhile, details are slowly emerging to the public about “ballot stuffing”, wherein multiple different affiliates can apply for the same property, with the intentions of putting those licenses up for auction to the highest bidding cannabis brands.

.@Ont_AGCO how is this ok? https://t.co/PW8l7zkV82 ballot stuffing in the Ontario cannabis lottery by the friendly stranger and High Life. #ontariocannabis if some guy on Reddit made the connection I expect you to make them as well. Anything less proves this is a farse

In one particular Reddit thread, user AGCO_Lottery details numerous problems within the system, from conflicts of interest to certain properties province-wide that were submitted more than 170 times.

As the lottery system seemingly begins to unravel before our eyes, it’s obvious that process hasn’t been without its consequences.

Back when Premier Ford announced that weed sales would no longer be monopolized by the LCBO, HotBox leased two new locations on the Danforth, and another at Yonge and Eglinton, to prepare for what they were told would be a simple process of applying per location.

“A week after we signed our North location, it was announced that we were going to have a lottery system….suddenly we had three leases with no licenses, we were bleeding money.”

The other shops have since closed, but Roach calls the government’s initial flip-flopping was “disgusting” and “irresponsible”.

“We took such a huge step in the world stage…and we’re making a mockery of it by putting it in a lottery. In the public eye, legalization is a joke.”

The High Park Zoo is getting its own beer

Pressure mounts for all Toronto Police to wear body cameras