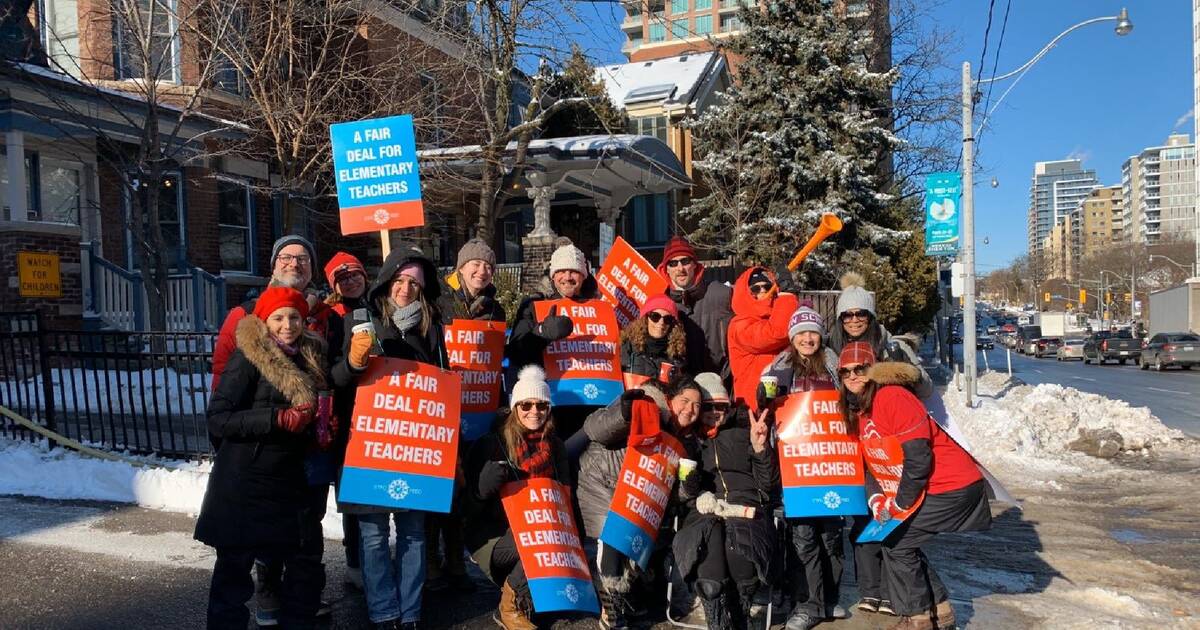 Ontario Minister of Education Stephen Lecce announced last week that the province would begin providing compensation of up to $60 a day to parents affected by ongoing teacher strikes throughout the province.

And while many parents welcomed this financial aid, others were outraged by the fact that the government is choosing to spend money on subsidies rather than the actual education system itself.

“It’s amazing that while the Ford gov. is trying to win a public relations battle against teachers, they essentially proved they could provide real childcare subsidies if they have the interest and willpower to do it,” wrote MPP Chris Glover on Twitter earlier today.

Some parents are even choosing to take the money and donate it back to the education system.

“I’m home with our eldest daughter. I will be applying for the $60 and directly donating it. Would love some suggestions from teachers as to where it would have the greatest impact,” one Twitter user wrote online.

As a teacher and a parent i’ll be visiting my colleagues on the picket line and cheering them on. We’re also donating our bribe $ to my daughter’s school library

He added that parents of children with special needs in junior kindergarten up to and including Grade 12 can get $40.

Lecce also said that if all boards across the province decided to go on strike at the same time, it would cost the province $48 million for a single day — a comment which prompted many to criticize the province’s willingness to spend millions on retroactive subsidies instead of much-needed education improvements.

Just remember, Ontario: the #Fordgovernment has 48 million dollars A DAY of your money to spend on turning you against teachers, but they won’t spend a dime to make education better for your kids or for educators. #DougFord #TDSB #TeachersStrike #OntarioStrike #Ontario

“Show our educators your support & Stephen Lecce and Doug Ford your displeasure. Let them know that as a province, we do NOT accept their decisions,” reads an online petition started by parent Amy Llewellyn.

“We want money in our schools, not our pockets.”

“Education is an investment in a well functioning and just society. I will be taking my bribe money and donating it to the opposition party of my choice,” one parent wrote in the comments section.

Many parents are also pledging to stand on the picket lines in solidarity with teachers, while some are saying they plan to bring their children along too.

I’ll be bringing my 5 year old to the picket lines to protest with her teachers. And we’ll use the bribe money to buy them some hot chocolate and snacks!

The outrage from parents comes as a the upcoming week is set to be filled with job action.

Members of the Elementary Teachers Federation of Ontario were on strike today, the Ontario Secondary School Teachers’ Federation will close high schools at nine boards Tuesday, and a one-day strike by the Ontario English Catholic Teachers’ Association will see all catholic schools across the province closed Tuesday.

“We cannot be bribed with our own money Premier Ford,” the petition states.

“Take the amount allotted for my child and put it back into education, where it belongs!”

Boxing Day sales in Toronto for 2018

The 10 greatest hits at Pacific Mall in Markham