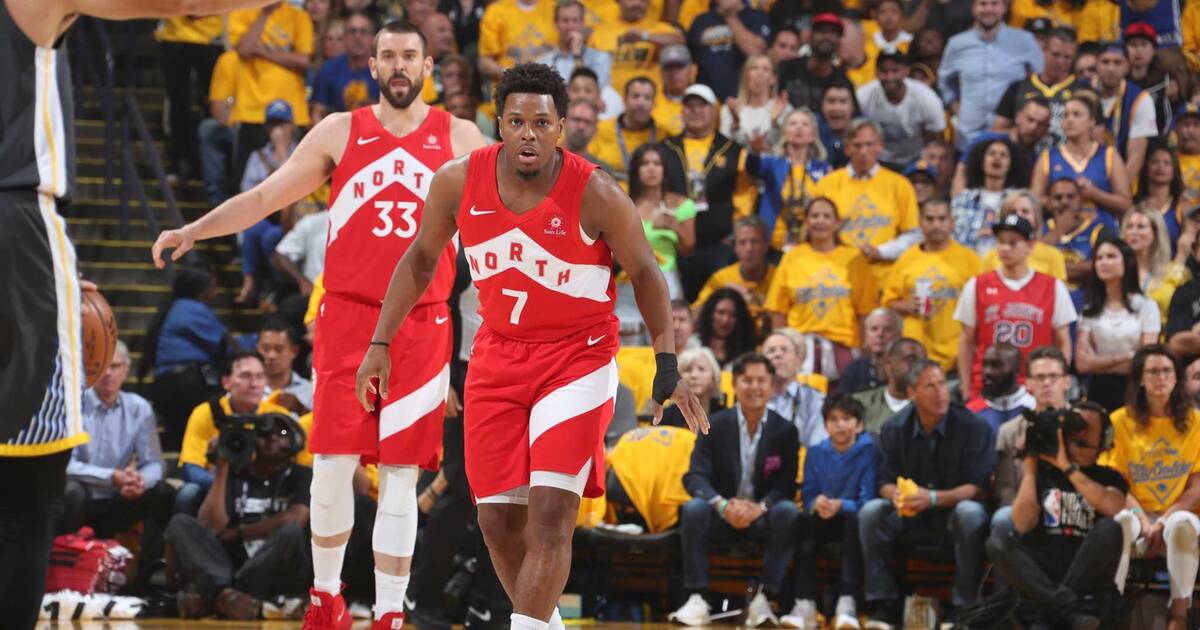 The Toronto Raptors have accomplished the unthinkable and captured their first NBA Championship by defeating the defending champion Golden State Warriors 114-110 in Game 6 of the NBA Finals.

Kyle Lowry led the way with 26 points including 15 in the first quarter.

Klay Thompson had 30 for the Warriors before exiting the game late in the third quarter with an apparent knee injury.

Both teams got off to hot starts in the first half as the lead changed more than a dozen times. The Raptors led 60-57 at the break.

Down two entering the fourth quarter, Fred VanVleet took over, nailing a three with just under four minutes left to put the Raptors up by three. The Raptors never relinquished the lead from there.

Jurassic Park was filled to capacity again as the rain held off allowing the festivities to remain outdoors instead of moving inside Scotiabank Arena.

Lilly Singh showed up pre-game to warm up the crowd.

Drake was there too and cheered along with fans from the stage.

Drake is cheering on the Raptors at Jurassic Park for Game 6 #Toronto #Raptors #NBAFinals #WeTheNorth pic.twitter.com/wlvsPF7fGM

After the final whistle, Raptors fans reveled in the victory and the end to what has been an unbelievable playoff run.

The top 10 new restaurant openings in Toronto for October