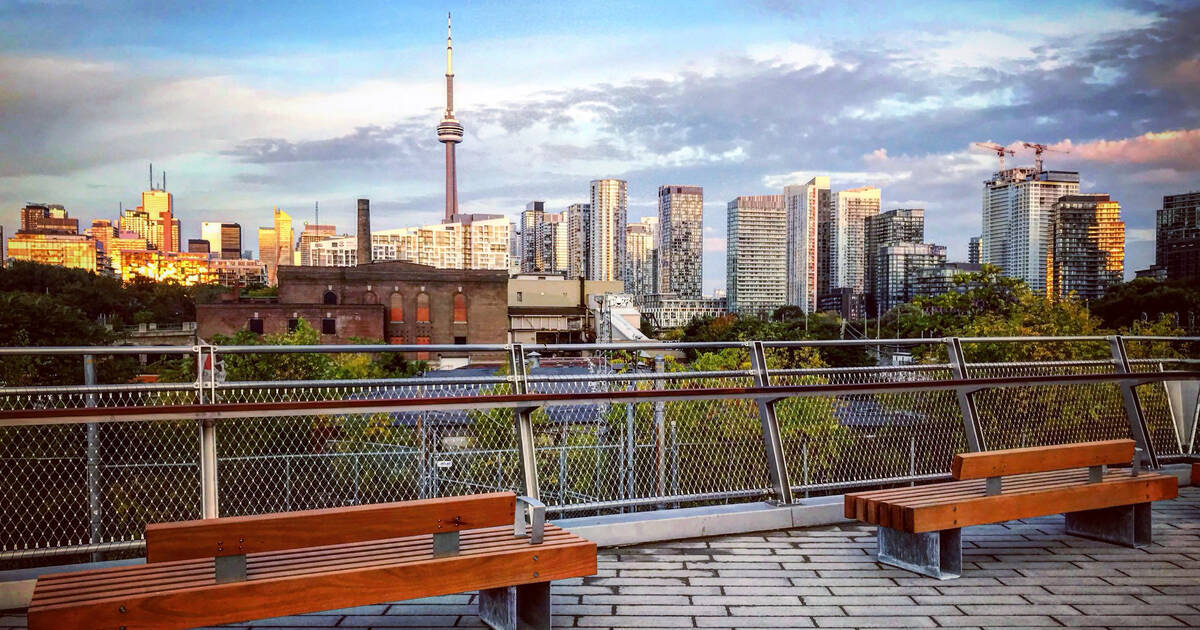 It’s getting harder and harder to take unobstructed photos of Toronto’s CN Tower from the ground, thanks to massive developments (and all of the construction cranes that come with them) popping up in the downtown core.

For this reason alone, the discovery of a new sweet spot for skyline shots is very exciting for local shutterbugs — and the brand new Garrison Crossing on Toronto’s west side boasts one of the finest of said spots we’ve seen hit the map in some time.

The right side of the tracks = above
View from the new Garrison Crossing bridge #nightride #nightrider #summernotsummer #toronto #nofilter #latergram https://t.co/tZqXkDAmhD pic.twitter.com/3U0f5ltYC6

The recently-opened stainless steel bridge between Fort York and King West is attracting plenty of attention right now from pedestrians and cyclists who are thrilled to finally have a direct path across both the Kitchener and Lakeshore West rail corridors.

Many have also enjoyed finally accessing the previously-vacant and (legally) inaccessible patch of land known as the Ordnance Triangle, just east of Liberty Village.

Who knew that clear views like this still existed in the city?

Garrison Crossing, the first structure of its kind in Canada, is comprised of two separate bridges, separated by a path that runs through the Ordnance Triangle.

Just found out that the Garrison Crossing is open! #NuitBlancheToronto pic.twitter.com/vvCaLDuHZ5

It took the city quite a while to make the project happen — it was first approved in 2007 — but Garrison Crossing opened fully to the public on October 1.

You can access it now through either the Fort York National Historic Site or directly across from Stanley Park South on Wellington Street in Toronto.

House of the week: 1 Shorncliffe Avenue