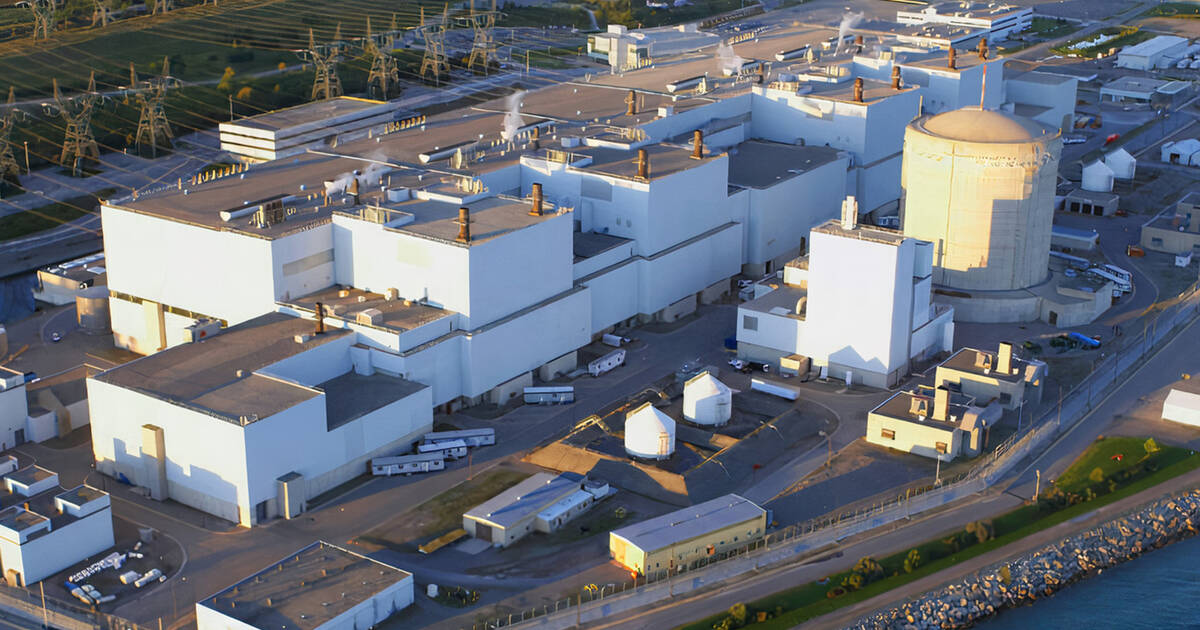 If last year’s accidental emergency alert about the Pickering Nuclear Reactor freaked you out, and/or you’ve recently binge-watched the HBO mini series Chernobyl, you may not want to be made aware that Ontario Power Generation is currently planning to build another nuclear power reactor in the GTA.

Perhaps unsurprisingly, the crown corporation is facing some pushback from community members and environmental groups who don’t want any nuclear activity going down in their neighbourhood despite the fact that it is considered by many to be a fairly clean, sustainable and safe energy source, at least when compared to fossil fuels.

Robin Manley says @opg wants to build a new nuclear plant in Darlington, #Ont. This plant would have a small, modular reactor. Manley says the pros are it would operate safely, reliably, supply carbon-free electricity and help decarbonize other areas of the energy sector. pic.twitter.com/Ym5Wdonkwg

OPG is hoping by as early as 2028 to introduce a special small modular reactor — which is simpler and generates less power than others — to its existing Darlington Nuclear Generating Station, which houses four reactors along Lake Ontario in Durham Region, just around an hour east of Toronto.

The site, which has been powering approximately two million homes across the province since the ’90s, is the only one in Canada that is eligible to expand operations at this time.

While local politicians including Ontario’s Minister of Energy are in support of the new addition, groups such as the Ontario Clean Air Alliance have launched campaigns in opposition, which have included door-knocking to drum up support and awareness in various GTA cities.

Someone else got this in their mailbox?
Do we really need a new nuclear reactor in the GTA?@fordnation pic.twitter.com/c6bczXKiAm

Some feel the reactor is costly, experimental and untested, and terrible for the environment given the byproduct of radioactive waste that can’t be disposed of and for which there is no long-term safe storage in the region.

“The cost of electricity from this reactor will be two to five times higher than the cost of new wind and solar electricity,” reads a pamphlet distributed door-to-door by the OCAA, which points out the existence of 10 reactors already operating just east of Toronto.

“Few other places in the world have nuclear stations located so close to major population centres…. the unrenewable nuclear industry is in decline worldwide because of its high costs and high risks.”

OPG wants to build a new nuclear reactor on the edge of the GTA. Can’t think of a worse place for costly, unproven nuclear technology. https://t.co/qVJqp1teBv

But our number of plants is exactly what OPG says makes us “the clean energy capital of the world” — or poised to be, if the new reactor comes to fruition and provides hundreds of jobs and hundreds of millions of revenue to the province.

There is still a lot of red tape for OPG to go through before the project can begin, but it is unclear what sway, if any, opposing groups will have on the leaders who already appear to be on board.

Many residents are understandably wary of the technology and its potential dangers, and have opposed it in the GTA in the past.

The top 17 warehouse sales in Toronto this May

A Toronto police car crashed into a TTC bus shelter

The world’s largest maple syrup festival is happening near Toronto