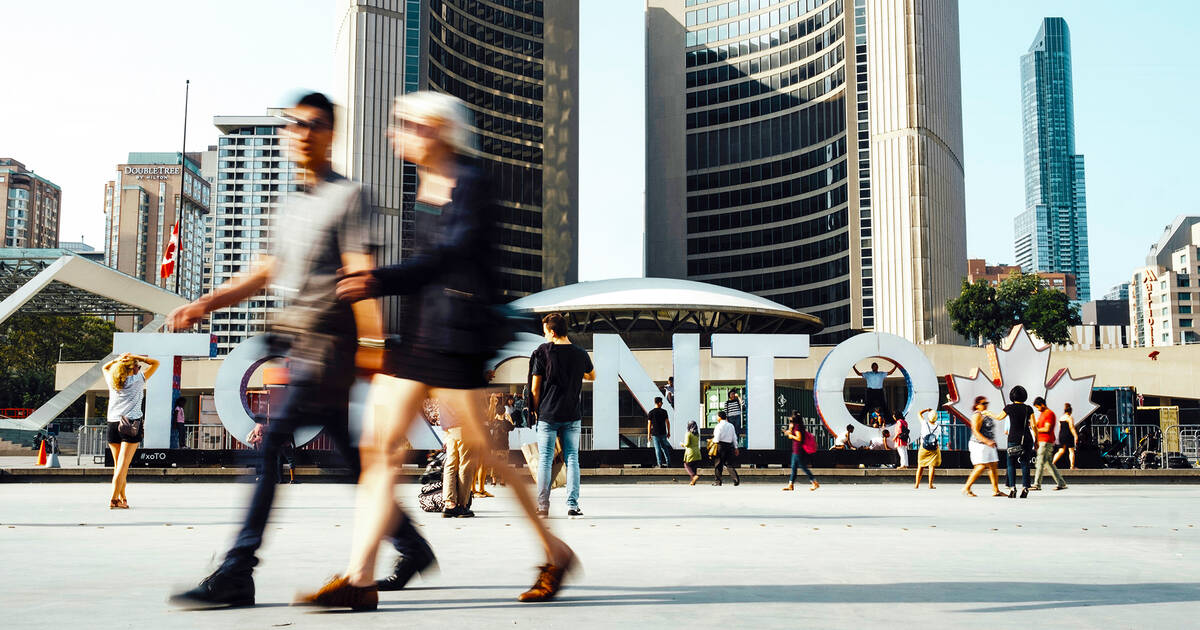 Pinterest and its seemingly endless wealth of content has for more than a decade provided inspiration for homemakers, crafters, fashionistas, foodies and more, with millions of user-created vision boards consistently growing and changing.

These boards can be for all types of things, including style and interior design, which one U.K.-based financial comparison site decided to hone in on to see what kind of aesthetics consumers are into as far as home decor and fashion.

And, weirdly enough, it seems Toronto, the people who call it home and the spaces they live in all have a look that people around the globe aspire to.

In examining 34,000 publicly-viewable clothing and home style boards across Pinterest, money.co.uk found that Toronto is among the coolest and most iconic cities in the world in the eyes of many.

While L.A. was named the top city for both fashion and decor inspiration based on this crowdsourced data, Toronto also somewhat surprisingly ended up quite high on both lists, beating out such eminent vogue locales as Paris and Madrid (places like Milan and New York City somehow didn’t make either list). 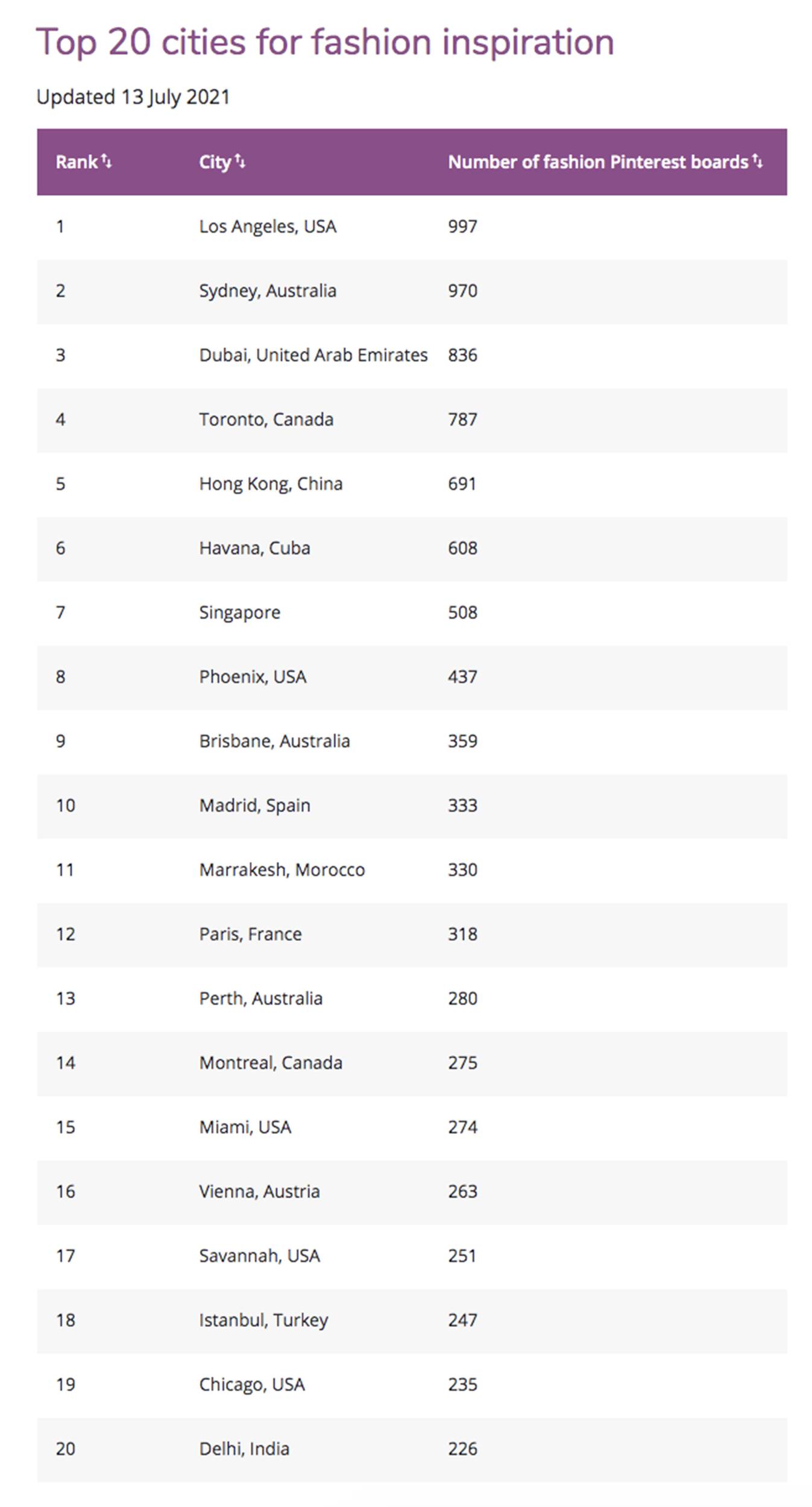 When it comes to clothing, Toronto appears to be the fourth-most chic of any city, with 787 Pinterest boards dedicated to the city’s fashion alone (compared to 997 for L.A.), though those of us who live here may not imagine our city as having its own defined — and coveted — vibe.

As far as home furnishings, people found Toronto interiors to be the third most inspirational of any city, with 646 boards dedicated to the city’s decor trends (versus the cool 1,000 for L.A.’s).

As the firm notes, T.O. is currently “leading the way for bringing the wellness benefits of the great outdoors into our own homes, with lots of pins showing trends such as dark-stained wood and Biophilic wallpaper.” 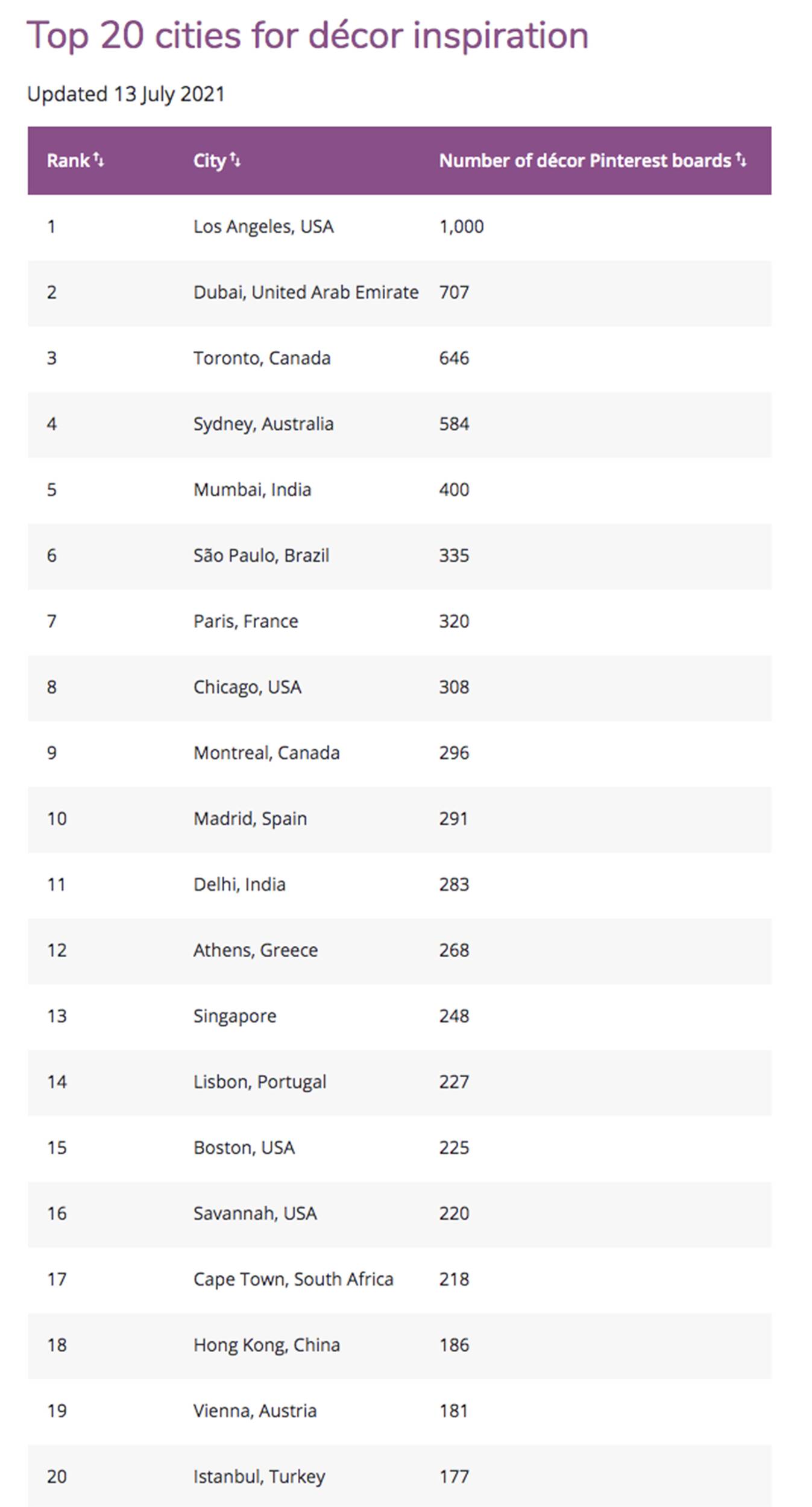 Though the exercise was more a bit of fun than anything official, it’s still nice to know that when people around the globe think of Toronto, they think of sophisticated outfits and well-appointed interiors, and not just “COVID-19 lockdown capital of the world” and “crack-smoking mayor.”